Everyone’s favourite 10-year-old is back with the global premiere of Cartoon Network’s new, re-imagined Ben 10. The new show is jam-packed with powerful aliens, comedic fails and epic wins, and will have you quickly cheering for this animated superhero.

The series follows Ben Tennyson on a seemingly endless summer vacation with his smart-talking cousin Gwen and wise Grandpa Max. He discovers an alien watch-like device called the Omnitrix, which grants him the ability to transform into 10 powerful, kick-ass alien heroes. The Omnitrix contains power beyond the wildest dreams of any kid – so Ben does what any other cool 10-year-old would do, and uses it at every opportunity! 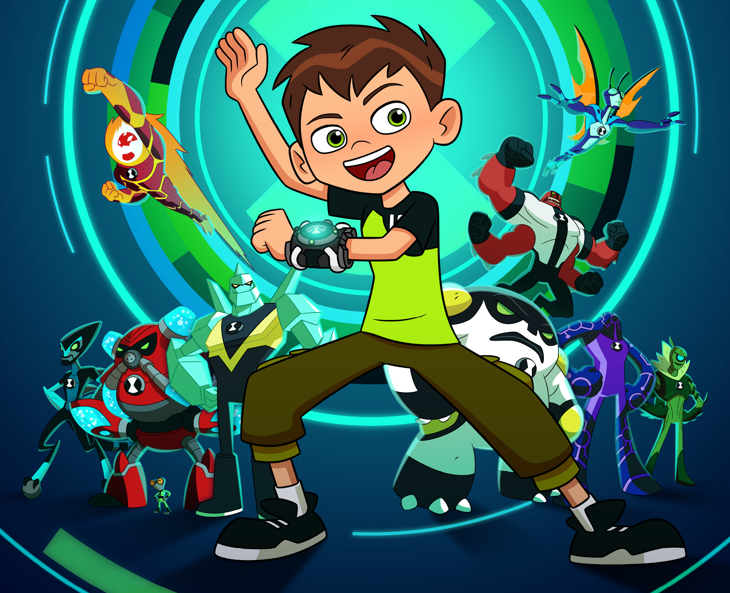 Embracing the coolest elements that have made the franchise a worldwide sensation for the past decade, the new Ben 10 is laugh-out-loud funny one minute and busting with alien-powered battles the next. It’s iconic superhero action at its best, packed with heart, humour and heroism.

Get ready for a rollercoaster ride of rollicking adventures as Ben confronts villains, monsters, and – more often than not – problems of his own making. From Dr. Animo’s plans to take over the world, to entirely new villains like Nanny Nightmare, the stakes are high and the baddies are legit. It’ll take all of Ben’s heroic heart and devil-may-care attitude to save the world, but he’ll do it with his family by his side and a smile on his face, proving that anyone can be a hero (but that an arsenal of powerful alien transformations sure can help)!