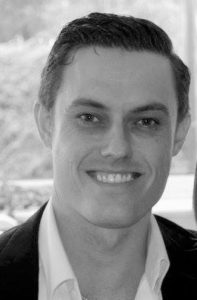 Mr. Cox will report to Mr. Richardson and will be based at Nickelodeon’s East Sydney headquarters effective mid-February.

Mr. Cox joins Nickelodeon Networks after serving as the General Manager of Content Aggregation at Foxtel and assumes the position of Vice President and General Manager from Jihee Nam, who is leaving the company at the end of January. Mr. Cox is also an alternate director on the board of Nickelodeon Australia Management Pty Ltd, the joint venture between Viacom International Media Networks and Foxtel that operates all Nickelodeon-branded businesses in Australia and New Zealand.

“Ben has always championed the value kids’ brands bring to Foxtel, and he comes into this role with a nuanced expertise I’m confident will continue to drive Nickelodeon’s success,” said Mr. Richardson. “His familiarity with our business combined with a top-notch reputation makes him the perfect choice to lead the Nickelodeon business in Australia and New Zealand.”

Mr. Cox comes to Nickelodeon Networks after a decade-plus career within the subscription television industry. Prior to his current role as General Manager of Content Aggregation at Foxtel, he served as the Head of Channel Partnerships and as Business Development Manager since joining the company in 2008. Prior to that, he was a strategy analyst and a product manager at AUSTAR Entertainment Pty Ltd.

During his time at Foxtel, Mr. Cox was instrumental in several initiatives that enhanced offerings directed at children and youth. He played a key role in the November 2015 launch of the Nick Play app, which offered Australian kids access to hundreds of Nickelodeon-themed videos, original short-form animation and games as well as full-length episodes of Nickelodeon’s biggest hits for authenticated Foxtel subscribers.

Mr. Cox also managed content aggregation for the December 2016 launch of the Foxtel Kids app, which features a range of children’s television programme streams on-demand and ad-free. In 2014, he worked closely with Viacom International Media Networks to maximise the distribution growth of Nick Jr. when the pre-school channel moved into the basic Entertainment Pack and quickly went on to become one of the most-watched non-sports channels on the platform.

“As one of the most globally recognised and widely distributed multimedia entertainment brands for kids and family, Nickelodeon has been a trailblazer in Australia for over 20 years. I’m looking forward to joining a passionate and kid-centric team that consistently creates innovative entertainment experiences for both kids and kids-at-heart.”

Established in 1995, Nickelodeon Australia and New Zealand has built a diverse business by putting kids first in everything it does. Thanks to the success of local productions including the multi-award winning “SLIMEFEST” and “Camp Orange” and global hits such as “Teenage Mutant Ninja Turtles” and “SpongeBob SquarePants,” Nickelodeon has twice been named the ASTRA Channel of the Year.

In 2004, Nick Jr. was launched as the first 24-hour network specifically designed for pre-school audiences in Australia. Now in its 13th year, Nick Jr. Australia has become one of the most trusted and watched platforms for pre-schoolers with original productions including “Play Along with Sam” as well as global series’ such as “PAW Patrol,” “Blaze and the Machines” and “Dora the Explorer.”