The Bugg Report recently sat down with the President of 20th Century Fox Consumer Products, Jeffrey Godsick, to discuss all things FOX and hear his thoughts on the movie business and his time at FOX. 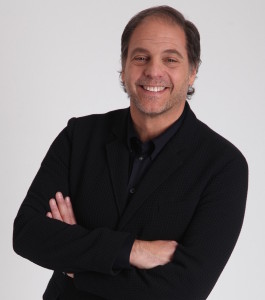 Jeffrey Godsick has spent the past 21 years with 20th Century Fox and started his career at FOX as Head of Publicity on the Marketing team, in addition to overseeing Promotions and Internet Marketing. In the beginning Godsick was involved in the launch of a joint venture with Walden Media, the producers of The Chronicles of Narnia series. After three highly successful films with Walden Media; The Lion, the Witch and the Wardrobe (2005), Prince Caspian (2008) and The Voyage of the Dawn Treader (2010), Godsick returned to the Marketing team at FOX in 2008 to focus largely on the company’s digital initiatives. Four years after returning to the Marketing team he moved to oversee Consumer Products (CP) at FOX and has fond memories of the launch of Independence Day and X-Men, as well as working on Avatar at the time. At this stage in Godsick’s career, he is now the President of 20th Century FOX Consumer Products and works with a team of over 70 people. From a CP point of view, Godsick and his team work on all areas of the business from apparel to publishing right through to video games. More recently a location based entertainment group has been put together to focus on live shows, exhibitions and theme parks.

A key challenge in today’s world is managing the online and eCommerce equation to which Godsick admits that it is difficult to work with ‘immediacy’ in the area, due to the number of people and companies involved now to make things happen. Godsick and his team now view the FOX Online Store eCommerce business in three areas where they have ‘Licensed,’ ‘On Demand’ and ‘Inspired By’ products. Godsick added, “There are no guarantees in the movie business” and this means that in today’s world, the focus is on launching the movie and then chasing it. From a TV angle it becomes easier for the team to track what is happening, due to the ability to provide weekly ratings for shows. It was interesting to discuss the relaunch of the X-Files which has gone very well and with the relaunch the ability to introduce new product to market on the back of the show’s popularity has been resounding. Some key categories which have been very popular for X-Files product to date include apparel, publishing comic books, graphic novels and toys.

The new online streaming opportunities that we are seeing now takeoff is of interest to Godsick because from a CP point of view, the timeframes for launching product (DVDs) is much smaller. The priority is now to work much quicker and smarter whilst being more creative in the process, something that obviously creates its challenges. On the other hand it is also important and a key focus for the business to provide key opportunities at retail with the follow-up movies to smash hit launches such as Avatar. Working with retailers on what is next and communicating that is a key to allow the product side of the FOX business to thrive. The key now, where streaming content is concerned, has become ‘strategy,’ according to Godsick. It is a matter of learning from what doesn’t work and recreating what does. Godsick did mention that, in relation to the film/TV business, “We can’t be like the music business and watch the business go away”. To that end, Godsick and the FOX team are also looking at virtual reality and how that will look and fit into the ‘new world’ of media, which keeps them at the forefront of the new age.

Asked about what is next for FOX, Godsick noted that for the sustained success of new and existing franchises, the location based entertainment area of the business is a focus for new growth. “It’s a way to keep the fans engaged, it’s a way to immerse the fans deeper,” added Godsick. It ultimately becomes a focus for the team to drive engagement by allowing fans to experience their favourite brands across new platforms and in new ways, something Godsick is passionate about. Looking forward to what will be coming up later this year and beyond, Godsick noted that building on Ice Age as a ‘year round’ brand will be important with Ice Age Collision Course. Kingsman will be pushed as a ‘real brand’, where we will see high end products to fit the lifestyle to coincide with the brand and appeal to a wider audience than just hard core fans of the movie.

End 2017 will see the all-new FOX Theme Park in Malaysia with all the brands that fans have come to know and love from FOX, with a second (larger) park being announced in Dubai. The theme parks are a learning experience for the business and from what we know to date, they will be uber exciting for fans of the FOX portfolio, young and old. Godsick did mention that the parks will be “a little more film than TV,” which will end up being a 60/40 split in favour of film. The TV shows to feature at the parks will be Simpsons (especially Dubai), Family Guy, Futurama, X-Files and 24, to name just a few. Speaking of the Simpsons, it has been announced that they are doing a live episode of the show this year which Godsick says will be ‘extraordinary’. The whole idea of the live episode and sustained development of the Simpsons brand is to build the brand into a ‘lifestyle brand’ for all ages, which has also seen the new Simpsons land at Universal Studios in Hollywood and FOX will soon open the first Simpsons store in Beijing next month and a follow-up store in Shanghai in June/July.