Arguably the hottest phenomenon on the planet is Funko’s Pop! Vinyl revolution. In terms of things that resonate around licensed properties in the gift and collectible world, Funko have all bases covered. This company has continued to defy gravity over the past 10 years as their brand portfolio expands and their sales head north at an alarming rate.

This sort of thing does not happen every day. The Bugg Report is excited to speak with the man behind the plan to create this model that has taken all before it, current President & CEO of Funko, Brian Mariotti. We also speak to John Howard, current Owner and Managing Director of Ikon Collectables. Ikon are Funko’s distributor here in the Australian market. John shares some of the learnings from the past five years building this brand in the local market. I do not believe there is anything hotter in our market from a conceptual standpoint.

Brian Mariotti purchased Funko from its former owner, Mike Becker, way back in 2005. At that time it was largely a bobblehead business. He had a vision for the company to become a market leader, offering products that were highly desirable and were founded on passion rather than the normal craze model that we typically see in the toy industry. Brian explains some of the key drivers behind this juggernaut and gives us some insight into why he sees it as an evergreen format. The Pop! Vinyl business is into its 6th year in North America and is tracking at 40% growth. It has demonstrated double to triple digit growth during the preceding years.

Brian points out that the number one reason Funko has been so successful is the broad diversity of the brands licensing spectrum with everything from Golden Girls to Seinfeld, Lost and obscure properties such as Twin Peaks. This is supported by a strong contingent of Marvel and Disney brands and The Walking Dead from a TV perspective. There are also video game and anime titles to round out the range.

“Fans expect us to have all of these offerings.”

The second reason is due to our design aesthetic, “it’s stylised, retro, whimsical and fun.” All of this brings into play a much larger new type of collector. “They don’t have to be the typical action figure collector.” Brian highlights the fact that Funko offers product largely in the under $10 dollar space. This makes them highly affordable and desirable. He also makes the point that their Mystery Mini’s range sits in the $3-$4 range and offers economy of space for ardent collectors.

For a traditionally male dominated category, research clearly points to the fact that 55% of the collector base is now female oriented! Because of their commitment to the fan base Funko has 175 passionate Pop Culture fans working with them to make sure they are ahead of the curve.

“We know what to go after and we have cool products designed by collectors for collectors and we pay attention to our fans.”

Brian reflects that he set out to do one thing: “to be at the epicentre of monetising licensed content and provide a full solution to our retail partners.” This means we need to be across all categories in the field. We are the specialist category manager. Properties need to show up in the market at exactly the right time! Their recent acquisition of Underground Toys in Europe is part of a longer-term plan to vertically integrate the business. We will work closely with Andy Ottie (the former owner) and arm him with the best possible resources to entrench Funko within the European markets.

From a Social Media perspective, Funko has more interaction with the fans than Hasbro, Mattel and LEGO put together. We do this by engaging our fans with deep experiences resonating from each property. In Australia Ikon, led by John and Glenn Howard, have built a phenomenal business around Pop! Vinyl. No foreign territory has done a better job at maximizing the market opportunities. Funko will continue to chase the best and most relevant brands. Funko are super-excited at how Australian fans are consuming Pop Culture. As the business continues to evolve, Brian has set his sights on becoming a billion dollar company over the next three to five years.

His vision on how he can achieve this includes possible acquisitions, capitalising on opportunities in the US market and continuing with a robust commitment to the Pop Culture genre, expansion into Europe and other markets and making sure they secure the best licenses as they become available.

“We are not necessarily focused on the money aspect as such, I suspect that we can get there by organic growth.”

Finally we asked Brian about his own collector aspirations. He tells us that it is “large” however his favourite components consist of a special Batman figure collections including The Bat Mobile going back to the 60’s. His most valuable collection is his Hanna Barbera range also dating back to the 60’s and 70’s, which includes The Flintstones, The Jetson’s and Scooby Doo. 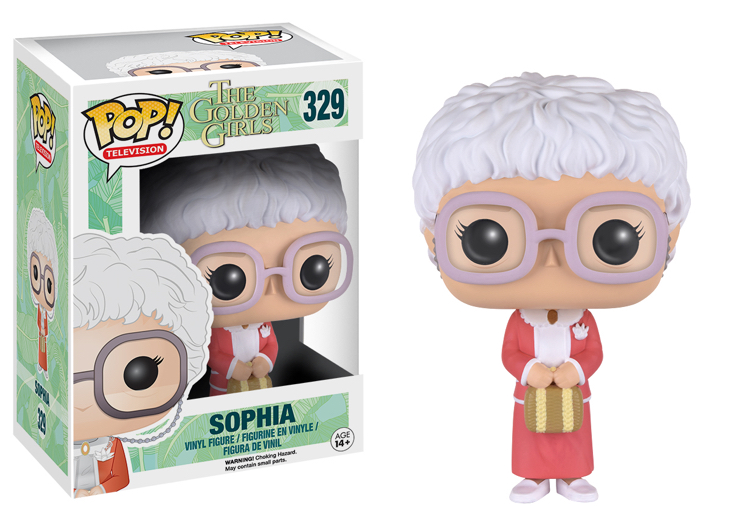 We also posed some questions to John Howard in relation to the Australian market and their experience with the Funko range. John reflects that they have been there from day one. It is now some five years since the Pop! Vinyl revolution began in Australia. He points out that their strategy was always to build the brand slowly; therefore for the first two years it grew at a steady by sustainable rate. It began to gather momentum about three years ago.

“There is nothing hotter in this market in terms of volume. Fans have become heavily invested in the Pop! Vinyl ranges and that aspect continues to drive the collectability. As we have moved to launch the Mystery Minis ranges we saw slower growth in specialty. I suspect that this range, because of its low entry price, will become a real winner in the mass-market segment.”

The retail friendly packaging allows the retailer and the consumer to invest in the range; a good example is EB Games; Zing stores. They can be stacked symmetrically in ranges and the consumer can easily relate. What defines Funko is their speed to market. They are always first and the fans appreciate this. The result is that Funko builds a loyalty base for their products.

The standardised packaging allows Funko to play in a much greater diversity of brands. They can push the boundaries and chase the most obscure license, which normally has a sizeable fan base that will support the brand. John shares the fact that some of their most popular items have come as a result of the lack of other toy products being available to the fans.

“Marvel has been the best for us, Captain America and Guardians of the Galaxy are two other examples. Adventure Time, particularly Jake and Finn have also been brilliant.”

Above all though, is Harry Potter; it’s been a run away success. It is now a lifestyle range. Generally the fan base have grown up with Harry Potter; many of them are now adults. To get an insight into the Pop! Vinyl phenomenon from both a Funko perspective and also from a local market evolution has been super informative. This is one of the really great stories from the industry. Thanks go to both Brian and John for their deep insight into the business.

We look forward to witnessing their future growth and wish them every success in the years to come.