A brand new range of toys from global master toy partner Fisher Price Mattel are now available at Big W, the ABC Shop online and Toys R Us stores, and will also be at Myer stores across the country this month.

In addition, a Go Jetters children’s dinnerware and infant feeding range, including plates, bowls and tumblers, will be released later this year, under a new licensing deal with Jasnor.

Packed with comedy, teamwork, thrilling action, awesome sights and fantastic facts about brand new places, Go Jetters is the first geography pre-school TV series of its kind. The show follows four plucky international heroes, who travel the globe with their friend and mentor Ubercorn, a disco-dancing unicorn. Together they save the world’s most famous landmarks from the mischievous meddlings of Grandmaster Glitch.

The show has become a huge hit with boys and girls across the globe, with series one selling to over 90 territories and a second series of the animation now in production.

In the UK, Go Jetters ranked within CBeebies’ top ten highest rated programmes of 2016 and the series has had an impressive 18.5 million BBC iPlayer requests to-date; while in Australia, the series continuously outperforms its timeslots on both ABC Kids and CBeebies, with brand new episodes airing on CBeebies throughout April.

The new range of toys includes an uber-cool talking Ubercorn plush (RRP $49.99), sure to keep kids entertained with his fun phrases, funky facts and disco-grooving beats from the show, including the Go Jetters theme song.

Fans will always be ready for the next adventure with the Go Jetters very own HQ, the Jet Pad (RRP $89.99). The Jet Pad playset includes rolling wheels and is loaded with features including a slide, a secret hangar room and a special projection feature with images of iconic landmarks from the show.

The range also includes a series of figures (RRP $14.99) of all four heroes – Kyan, Xuli, Foz and Lars – complete with added click-on features. 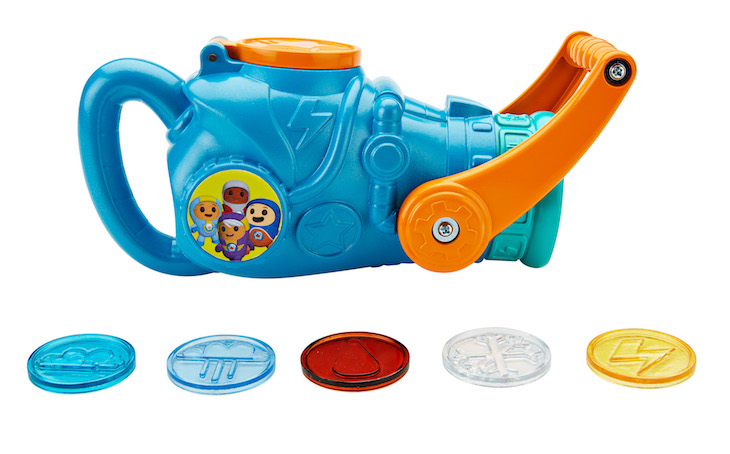 Brigid Roberts, Licensing and Sponsorship Manager, BBC Worldwide ANZ, said: “Go Jetters is a fresh and dynamic way to introduce pre-schoolers to the geography of the world. We’re thrilled with the success of the brand, and very excited to be working with Fisher Price Mattel and Jasnor to develop a fantastic range of products that enhance children’s experience of the show.”

Susie Lecker, SVP Global Marketing and Design for Mattel, said: “We’re happy to be partnering with BBC Worldwide ANZ once again to bring the great content of Go Jetters to life through playtime with our toys.

“Particularly exciting to us is the strong early childhood development component we can tuck into our toys encouraging social, emotional and cognitive skill building as children have fun exploring.”

James Thurlow, Sales & Marketing Director at Jasnor said: “We are really excited to be continuing our long term partnership with BBC Worldwide ANZ by bringing a great range of product to market for this exciting new brand. The combination of strong characters, learning and music are key pillars that will ensure long term success for Go Jetters.”