Ryan Beaird has been a cartoonist for well over 10 years. He started out his working career in the banking and finance industry in the City of London and during that time he worked for financial institutions such as Schroders, Gartmore, State Street, Bank of New York & Morgan Stanley.

Having been made redundant in the financial crash of 2008 he decided that rather than going back to a role in finance he would pursue his creative cartooning path and sell his ‘humour cartoon’ greeting card designs to independent retailers and distributors. He was syndicated by PIB Features and DPA (German Press Association) for his newspaper cartoon strip ‘Jack and Runty’ which launched in newspapers in India, LATAM and Europe back in 2012.

In 2013 he became the Marketing & Operations Manager of the Licensing Industry Merchandisers’ Association (LIMA) UK, which involves assisting the membership base, organising events and running educational seminars.

“For the past three years I have been immersed in the world of licensing and I believe licensing to play an important part in the commercial success of a kids Intellectual Property.” 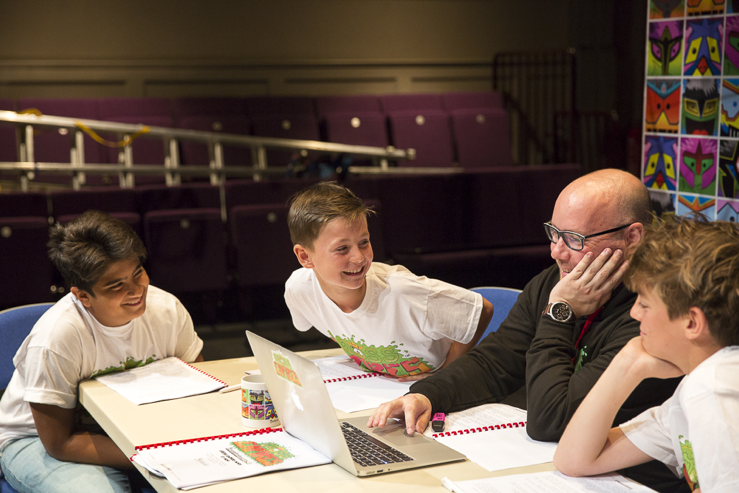 Gross Empires started out as a few pencil sketches back in 2013 before Ryan started his role at LIMA. It has now taken over three years of honing and getting the property right for pitching officially to the networks, which he will be doing straight after Brand Licensing Europe (BLE) at MIPJunior.

Ryan has received a lot of wonderful feedback from the industry throughout the development process and getting the property to look like a commercial success in toys & collectables from the development stage was always in the forefront of his mind. For the past year every spare minute outside of LIMA has been spent drawing, writing and developing the Intellectual Property. Ben Bocquelet (creator of The Amazing World of Gumball) presented a ‘making of Gumball’ seminar at one of the LIMA UK ‘Young Professionals’ networking events in the Summer where he gave some great advice and a warning that holidays and social life are out for the next 5 years.

Developing the story-lines and concept for the show took about a year and creative feedback was important, which involved constant discussions with friends from the UK Children’s Media Industry. A great mentor for Ryan has been Keith Chapman, who invited him to a lot of lunches at the Ivy and has provided great advice on how kids TV shows are made. The wonderful team at SuperAwesome (Paul Nunn, Chief Commercial Officer) allowed Ryan to showcase the character development for Gross Empires on PopJam; it was a great way of testing what characters the kids liked and any character designs that got negative feedback (kids can be honest with their opinions) were pulled from the development.

It was a great way of testing the property and reaching over 25,000 followers on PopJam proved that the property has the makings of a potential hit. It now stands at just under 100,000 fans across all the Gross Empires social media channels, which for an unsigned property is incredible.

Trying to find a casting agent for the boys & girls lead characters in Gross Empires was proving difficult as any children’s media producer will tell you, finding the right voice to fit the characters is one of the hardest challenges in production. Ryan wanted to keep the production local to where he lives so he sent the property details to the Head of Drama at Bedford School (near Ryan’s home) who he thought could find some local casting agents.

Jonathan Hooley (Head of Drama at Bedford School) called Ryan a few hours later and he pitched the property to him. Rather than giving phone numbers of local agents he pitched the idea of using the boys from his drama class to play the parts. The majority of the curriculum in drama in UK schools is focused on traditional plays and Shakespeare; he thought that the boys learning how to do Voice-Over for a cool new cartoon would be something they would love to do and would be educational as well.

A deal was done whereby Jonathan would act as www.imaginators.tv Voice-Over Director, supervising the boys on the day of rehearsals & recording and he would arrange the use of the school theatre and music studio to record the Gross Empires promo and pilot episode. So after a difficult decision to choose the actors from the drama class there is now a team of superb vocal actors from Bedford School featuring (left-to-right on below image); Sarmukh Hundal (Pharynx), Rowan Bashetta-Pollitt (Reuben Randall), Ryan Beaird, William Hayward (Gondry) and Dominic Russell-Smith (Travis Randall). The boys all play lead characters and are adding something special to the show.

There are another 10 boys from the class who are confirmed to play the smaller parts as well, and as any producer will tell you, getting the vocal talent confirmed is a huge step. The property will be a 26×22′ ‘Comedy Action & Adventure’ 2D Series. With 10 scripts already written for the show, which is in animatic production phase, it looks like Gross Empires ‘Mini’s’ will be launching in early 2017. The ‘Mini’s’ are going to be snack-able content around 2 minutes in length for release on the Gross Empires social media channels to engage and build even more on the fan base.

Ryan Beaird will be attending MIPJunior as a first time producer for www.imaginators.tv the day after BLE and will be looking for distributors, networks, co-production studios, development investors and also licensees for Gross Empires.

“I think Gross Empires has the potential to become a huge standalone hit like Moshi Monsters, Spongebob and Ben 10; it looks like a digital property as well as a TV format and with the comedic scripts already in place it will engage with boys 11-13 years and also the cartoon fantasy violence will appeal to younger boys 9-11 years.”

“The feedback from the kids on social media and the cast from Bedford School has been awesome and better than I could have ever imagined; kids love the characters already and I can’t wait to see them brought to life in animated form.”

To get in touch with Ryan email
letsdoadeal@imaginators.tv