Haven have continued the ongoing partnership between Sesame Street and the Australian Football League with a new initiative, this time raising funds for The Children’s Cancer Foundation in the process. The AFL have given the iconic Aussie Rules ‘Footy Sock’ the Sesame Street treatment across all 18 teams, featuring fan favourite characters Elmo, Cookie Monster, Count Von Count, Big Bird and Ernie and are available for purchase via the club websites and stores, as well as the Put Yourself In Their Socks website. The net proceeds from all sales are being donated to the foundation, with over AU$45,000 already raised by the initiative at time of print. 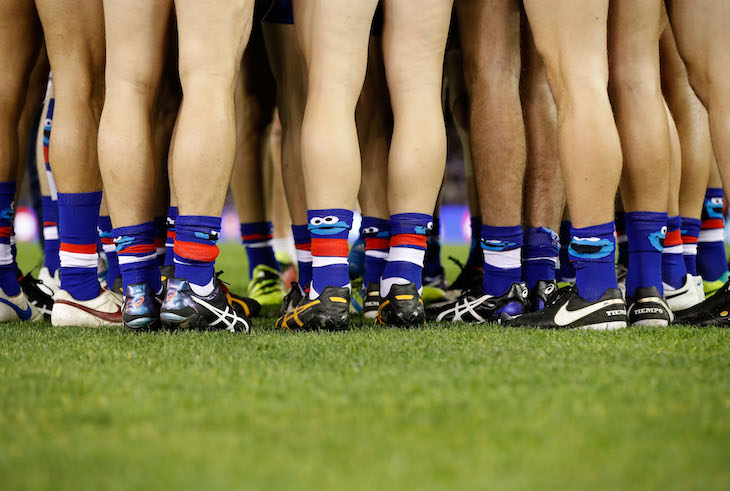 “It’s a pleasure to be able to work with the AFL to lend the Sesame Street brand to such a worthy cause,” said Yvonne King, Director at Haven. “I’m sure the three generations of Aussie fans who have grown up with Sesame Street will be happy to buy themselves some socks and help the Foundation keep kicking plenty of goals!”

The campaign launched at the Round 20 match between the Western Bulldogs and North Melbourne Kangaroos, with players wearing the socks on-field and Big Bird himself in attendance at Melbourne’s Etihad Stadium alongside ambassadors Robert ‘Bob’ Murphy (Captain, Western Bulldogs) and media personality and host of The Project Gorgi Coghlan.

“It’s a privilege and honour to help raise awareness of childhood cancer and the inspiring work of the Children’s Cancer Foundation” said Coghlan. “As a mother, and watching my best friend’s daughter overcome childhood cancer, it’s a cause that’s very close to my heart.”

Socks are still available for purchase at www.putyourselfintheirsocks.com.au.

For licensing enquiries on Sesame Street in Australia and New Zealand, contact Diana Markezic at Haven Licensing on +61 (3) 9015 6688