The new partnerships with MacDonald Imports, Kinnerton Confectionery and The Entertainment Store will bring the brand to the confectionery, homewares and live action and performance categories.

Hey Duggee, which airs daily on CBeebies and ABC Kids, is based around the Squirrel Club, run by a big, loveable dog called Duggee. The Squirrels take part in all kinds of activities, have adventures and earn badges for their accomplishments.

A confectionery deal with Kinnerton Confectionery will see a line of Hey Duggee seasonal products launch in Australia, in time for Christmas 2017.

A deal has also been signed with leading live event producer, The Entertainment Store, to provide Duggee non-ticketed character appearances at retail and special events. Duggee has already delighted fans with appearances at events such as the Sydney Royal Easter Show, with many more appearances to come.

In addition, Jasnor will continue to be the distributor of Hey Duggee soft toys, character figurines and playsets in Australia, with books published through Penguin Random House. 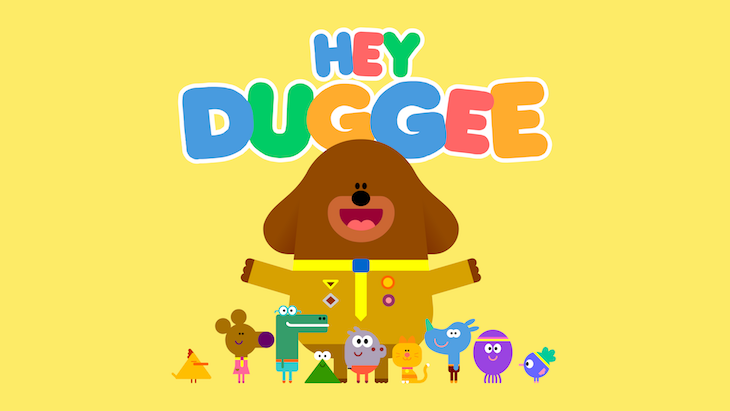 Hey Duggee has been an instant success, with the first season selling to more than 80 territories worldwide and a second series recently commissioned from award-winning animation studio Studio AKA. In Australia, Hey Duggee has reached over 3 million Aussie kids to date, rating as the number one show on CBeebies Australia and delivering audience numbers of almost 300,000 on ABC Kids.

The brand has signed multiple license partnerships globally with master toy partner Golden Bear; Penguin publishers under the Ladybird brand, and in 2015, BBC Worldwide and mobile games developer Scary Beasties has launched two Hey Duggee pre-school apps which both rocketed to number one in the kids’ app chart.

Critically acclaimed comedian, actor and presenter, Alexander Armstrong, who narrates the series, said: “I’m delighted that Hey Duggee is such a roaring success Down Under.

“We pretend we’re making it for children, but this is undoubtedly a show for all ages. I think that’s part of Duggee’s charm, and one of the reasons the show is such a success globally. As Duggee would say ‘A-Woof!’”

Brigid Roberts, Licensing and Sponsorship Manager, BBC Worldwide ANZ, said: “With its colourful and loveable characters and engaging, entertaining stories, Hey Duggee has proven to be a global hit with kids and adults alike. We’re very excited to be working with MacDonald Imports, Kinnerton Confectionery and The Entertainment Store to bring some fantastic new products to Duggee’s many fans in Australia.”