For over three generations, the Ungar family has enjoyed a 65-year association with publishing and related industries. It was 24 years ago when they founded Hinkler. Stephen Ungar believed in his ability to steer Hinkler into the future when he bought his father, Robert Ungar, and other equal founding partner Terry Herbert out of the business way back in 2006. A bold move for a young man making his way in life. A year later, Managing Director Nadika Garber bought into the company and the two have successfully led the business from this point on. Stephen’s entrepreneurial strengths sit in innovation and product development. With Nadika running the business’ day-to-day operations, it has allowed Stephen the headspace to further develop the company’s intellectual property. This nimble Melbourne-based company sells 20 million books each year around the world in over 50 countries. Over this period, Hinkler has partnered with Disney, Thomas & Friends, Barbie, PAW Patrol and other licenses and skilfully related these brands to their diverse product ranges. One of the very best strengths and competitive edge for Hinkler has been their ability to develop their own product and then sell it internationally around the world. We checked in with Stephen leading into Brand Licensing Europe in London, to learn a little about his business and his United Kingdom operations.

Having been in the business for over 24 years, what has been the most rewarding aspect of the journey?

Walking into a store and seeing our products on the shelves is extremely rewarding, but more so when visiting far flung countries, like Iceland and small villages in Wales and coming across foreign language editions of our work. Also, despite being in business for over 24 years, we are still on our journey and continually learn and grow our understanding of the various arenas we play in and related product categories each day.

Can you tell us a little bit about the development and implementation of your Invisible Ink category?

The passion for this classic play pattern began when I was a child using the Yes & Know invisible ink books from Lee Publications travelling in the car on family holidays. It’s been quite a journey of trial and error involving various invisible ink formulations however I’m proud to say we now publish the Yes & Know series under license and control various patented invisible ink technologies.

Our INKredibles range of products feature the major preschool license brands and after successfully launching in Australia, we are now rolling INKredibles out in Asia, Europe and the UK.

How long have you been doing business in the UK for under the Hinkler masthead?

After failing to sell some of our initial concepts to major publishers in the UK, while on my honeymoon in 2000, we managed to sell to a couple of major retailers directly. These relationships have flourished over the years and grown into a £5 million business today.

What does Hinkler bring to the table for UK retailers that sets you apart from your competition?

Innovation, high degree of design, editorial and production values, customisation and speed-to-market capabilities. This combination has led to our success in the UK market. 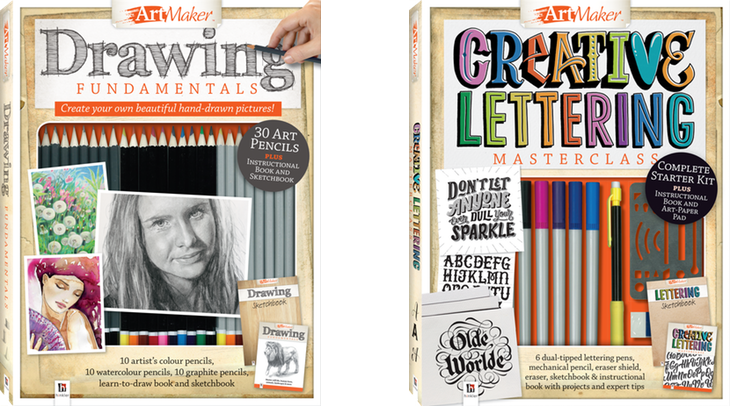 How do you see the market evolution in the UK and Europe over the next 12 months?

Despite Brexit, the UK market continues to grow strongly for Hinkler, albeit with slightly lower margins, with over 15% compound growth in the last three years. This is set to continue next year based on our 2018 forecast.

Europe is primarily serviced via a foreign language co-edition model rather than a direct-to-retail strategy and over the past few years has been in decline. However, we are seeing growth in 2018 for the first time in several years.

Do you currently work with Amazon in the UK? How do you relate to their distribution model?

Amazon in the UK controls over 40% of sales in the book industry and 15% in the toy industry. Hinkler’s categories and business model is strategically aligned to impulse sales via retail however we have strong consistent sales with Amazon UK via our appointed wholesale distributor Bounce Sales and Marketing.

There are now many examples of Australian companies who have taken their businesses abroad. What’s your view on developing the international markets?

We believe it’s imperative to develop international markets to strengthen your product development skills, create economies of scale so that you can continue to compete, and diversify sales so that you don’t become reliant on one or two retailers, for which many are now targeting a direct import model.

Has licensing added value to your business and product ranges during the Hinkler journey?

Without a doubt, licensing has added value to our business. It’s an important part of our product mix and has led to a higher level of customer engagement and provides solutions for key promotional events.

What is your view of the concept of owning your own intellectual property?

At its core, this is what Hinkler is. We own and control over $25 million worth of copyrights, trademarks, and patents. Owning intellectual property provides the flexibility to innovate quickly, control world rights without worrying about cross-collateralisation of minimum guarantees across territories and provides additional margin which can then be reinvested.

Stephen, I have always felt that you have had great passion for your business and what you do. Has this been a strong contributor to your success?

Yes, most definitely, but more specifically it’s a passion for the product and key relationships, along with a healthy dose of resilience for the many setbacks; these have all contributed to Hinkler’s success.

Sales of art and craft, stationery, and toys – primarily focused in jigsaws and games – are now over a third of the company’s sales. We see these categories, along with a stable innovative book publishing program, provide a stable platform for future growth.

Stephen it has been good to finally have the opportunity to speak to you about your business and to understand a little bit about what you do overseas. These are challenging times that require constant resetting of all aspects of doing business. It appears that Hinkler are well positioned to achieve more success in the future.