In a strong start to 2016, the teams at Sanrio and Mr Men Little Miss have ramped up their brand building activity across EMEA and Australasia, bringing good old-fashioned comedy and kawaii to the public in a series of unprecedented grassroots activations and high profile collaborations.

What’s on the menu for the Sanrio Classic portfolio, Sandrine?

We’ll be tickling your tastebuds as a summer-long Hello Kitty pop-up café launches in London. Soho-based bakery, Cutter & Squidge, will serve themed afternoon teas in a secret garden and sell a range of limited edition merchandise and takeaway food items. Additionally, Florence will become the first European city to host a permanent Hello Kitty café: the Hello Kitty Patisserie which opens in July. We hope that you will have a chance to visit!

The Italian Hello Kitty patisserie joins the Hello Kitty chalets near Lake Garda and Rome which are welcoming holiday goers for the first time this summer. As part of a three way partnership between Sanrio, Nestle Gelati Motta and ECVacanze, the idea has taken off with many weeks already booked up.

For a taste of something more savoury, Sanrio’s lazy egg character Gudetama is starting to sizzle with specialty retail, like Truffle Shuffle. He is already a favorite with early adopters looking for something quirky and fresh.

How are you tapping Sanrio’s Japanese DNA to shape your brand building in Europe?

Kawaii is a key point of difference between us and our competitors. Hello Kitty appeared at two cherry blossom viewing events in April, in the LVMH owned Jardin d’ Acclimatation in Paris and in Stockholm’s Kungsträdgårdens, where the iconic character appeared with cosplayers, martial artists and musicians to introduce people to this springtime Japanese tradition.

The cherry blossom theme continued at MCM London Comic Con (May 27th – 29th) with the debut of Hello Kitty’s Superhero Hanami: fans enjoyed a Hello Kitty themed Japanese garden, with photos opportunities by Mount Kitty, a Hello Kitty tori gate, building Sanrio avatars or even tending the Hello Kitty Zen Garden. The Superhero Hanami is touring Comic Cons in other key European cities over the next six months to surprise and delight lovers of all things kawaii.

How important is the UK market?

Very much so, given that Hello Kitty’s origin story has her place of birth as a suburb of London! We recognised the importance of this market and decided to take our brand back in-house, no longer working through a third party. It is key for us to tap into the energy and creativity of the U.K. market and having an office based in London Bridge for our commercial, marketing and design functions allows us to connect with British designers, bloggers and fans more easily. Some initiatives that we’re doing in the UK will have a reach well beyond these shores: Tangle Teezer, for example, or Candy Kittens or the amazing bags and accessories collection we developed with Olympia Le Tan which has had so much positive coverage in the media. 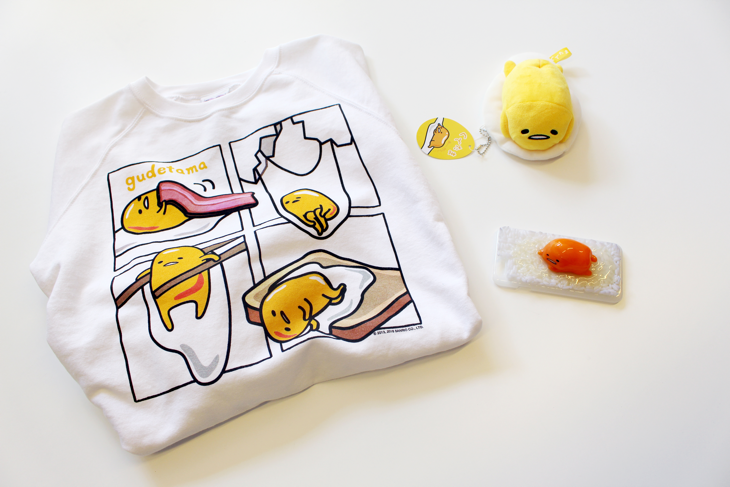 Did we hear some Hello Hollywood rumours?

The Hello Kitty movie is slated for 2019, so we’re a few years out from pre-production. Not much we can say at this stage, other than what a way to celebrate Kitty’s 45th birthday!

Speaking of Hollywood rumours, any plans for the Mr Men?

We announced a short time ago that 20th Century Fox took an option for a Mr Men and Little Miss movie. So perhaps in the years to come, we’ll be seeing the adventures of Mr Happy, Little Miss Naughty and the rest of the gang play out on silver screens around the world just like Hello Kitty.

Tell us why this year is special for the Mr Men and Little Misses?

Mr Tickle and friends are celebrating their 45th anniversary, and there’s not a wrinkle in the bunch, except on Mr Worry, of course! The celebrations kick off in the UK where we’re taking this iconic British brand back to its roots to joins forces with other Great British household names.

Mr Men and Little Misses are an ingrained part of the cities and communities, whether they grew up together or have just gotten acquainted. This belonging is clear across the areas where people gather, from Heathrow airport: where Mr Adventure enhances the family experience through all five terminals from kid’s meals through to soft play areas and bespoke merchandise lines; all the way into the heart of London by Tube: where TFL are using Mr Men and Little Miss as the faces of their new behavioural campaign across all forms of public transport. Later, we’ll even launch a Mr Men and Little Miss stamp collection with the Royal Mail, with a royal seal of approval from the Queen, herself. Little Miss Princess couldn’t be more excited!

Mr Men Little Miss is a classic brand! These fun and energetic characters still resonate with children the world over because the simple stories are so fun and engaging. In our heritage markets, we continue to be a top publishing property while we’re reaching new markets, too: launching Chinese and bi-lingual editions with Children’s Fun, and our first Bahasan editions will hit Indonesia later this year.

But we don’t take our audience for granted. We invest heavily in new publishing development, recently launching two new series, Everyday and Adventures (to great success!) as well as using our archive content to create new apparel, gifting and publishing ranges. 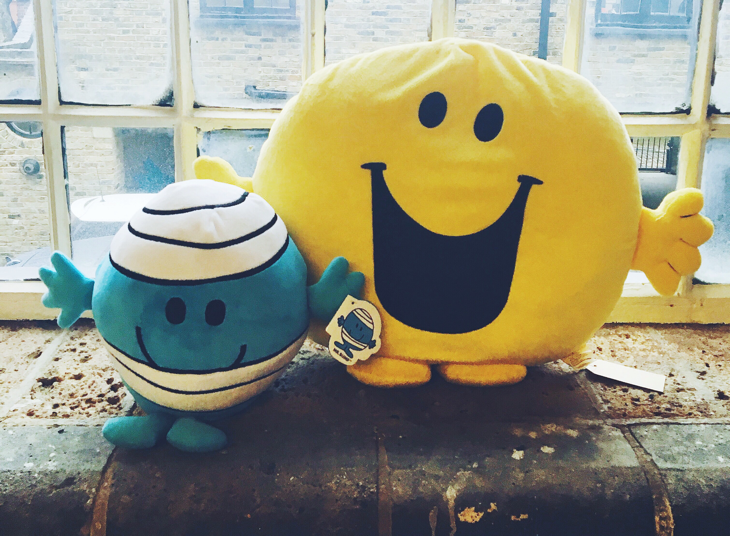 How do you keep the Mr Men fresh?

Our 86 personalities are as pertinent now as ever. Everyone has a Mr Grumpy or a Little Miss Fun in their life, and the appetite for Mr Men Little Miss seasonal and gifting ranges is strong, with new programmes this year in Debenhams, Tesco and Carrefour among others.

We love bringing our characters to life in different ways for our fans to enjoy and collaborations are key for this. From designers like Henry Holland and Olympia Le-Tan to mall and community events. This year we’re spearheading a series of street art initiatives at cool, yet family friendly events like Upfest in Bristol in the UK and Vivid in Sydney, Australia, where more than 16 street artists will infuse their favourite Mr Men and Little Misses with their own visions.

Where next for Mr Men Little Miss?

In Asia it’s full speed ahead. Apparel collections are ongoing at Baleno, Net and Chocoolate, and the promotions are plentiful with Esso, KFC and McDonald’s. We’ve recently kicked o a partnership with the Hong Kong Football Associations and the Mr Men and Little Misses will be appearing in seven mall events across Hong Kong following a food-Olympics theme!

They may be busy jetting around the world celebrating this year, but Little Miss Busy and friends are already lining up lots of new activity and collaborations to keep Little Miss Naughty out of trouble in 2017, so watch this space…