Having already sold millions of toys and merchandise and created a kids’ craze of epic proportions, Japanese kids phenomenon YO-KAI WATCH arrives down under from December.

In December, Australia and New Zealand will be able to experience the excitement first hand when the highly anticipated YO-KAI WATCH animated comedy series debuts on the Nine Network’s GO! Channel and the YO-KAI WATCH video game launches on Nintendo 3DS systems (available as both a stand alone game and as part of a value bundle with a Nintendo 2DS console). A fun toy and DVD range will also be in stores nationally from February 2016. 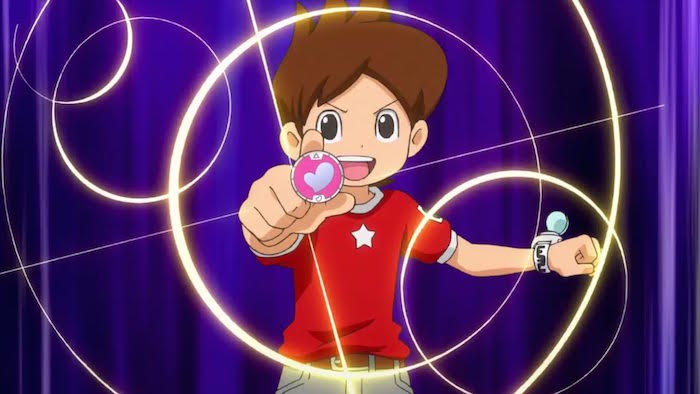 The animated television series follows the hilarious misadventures of Nate – a boy who befriends a collection of mischievous Yo-kai (spirit creatures) with the aid of a special watch, and will debut Monday December 14 on GO!, airing weekdays at 8.30am (repeated at 1.30pm).

In traditional Japanese folklore, Yo-kai are invisible spirits that often cause daily annoyances such as stubbing your toe, losing your homework or running late for the bus. In YO-KAI WATCH the spirits resemble anything from mythical creatures to inanimate objects. The Yo-kai are loveable, maddening, comical, and most of all great fun. In Japan, the Yo-kai Jibanyan, a lazy cat who loves his friends, has already achieved superstar cult status.

Nate and his friends achieve positive outcomes by working with various Yo-kai to solve problems and overcome challenges which are often caused by other troublemaking Yo-kai!

In the Nintendo 3DS game, players use their YO-KAI WATCH to discover more than 200 Yo-kai, who each have their own skill. They then befriend the Yo-kai and turn them into a team to battle other Yo-kai. Ultimately players help people resolve issues such as recovering their lost car keys.

In early 2016 a fun range of innovative toys will be released by Hasbro, while the YO-KAI WATCH DVD series will be released through Roadshow. The toy range will be centred around collectible medals, which each represent a unique Yo-kai. YO-KAI WATCH toys capture iconic characters and moments from the animation and game series, featuring three different ways to play: imagine summoning 100+ Yo-kai by inserting their unique medals into the Yo-kai Watch, collect medals in the Yo-kai Medallium Collection Book, or discover new ways to adventure by scanning medals using the Yo-kai Land app.

In Japan the YO-KAI WATCH mania has not been seen on a scale since the Pokémon days. Developed in 2013 by top Japanese entertainment company Level-5, YO-KAI WATCH is now poised to create massive interest world-wide.

So far in Japan it has notched up record sales and achievements including:

For licensing enquiries contact Vincent Jones, Director at The Fusion Agency on 02 9439 5511