British and global brand success stories Shaun the Sheep and Enid Blyton are ready for adventures in Australia under the licensing leadership of Merchantwise Licensing.

Merchantwise Licensing has recently taken on the representation for Aardman in Australia and New Zealand and will maximise retail opportunities for the brand in the two markets. Aardman is an award-winning animation studio, creating film, broadcast, advertising and interactive entertainment. Best known for its extraordinary Claymation productions, Aardman is the creative force behind beloved films and television series as Wallace & Gromit, Shaun the Sheep and Chicken Run.

2017 celebrates 10 years of all things mayhem in the meadow and Aardman will be marking the anniversary with best moments from the television series as well as the release of activities, games and even some brand new clips. Locally ABC Commercial will commemorate the occasion with a special 10 Years of Shaun DVD next month which will coincide with Aardman’s plans. Shaun and the Flock will return to the big screen in early 2019 with the theatrical release of Shaun the Sheep Movie 2, directed and produced by the same team that delivered Shaun’s original Oscar-nominated movie. Pre-production under Director, Richard Streak and Producer, Paul Kealey commenced earlier this year and they are already guaranteeing another epic and hilarious journey that is set to be Shaun and the Flock’s most exciting adventure yet. 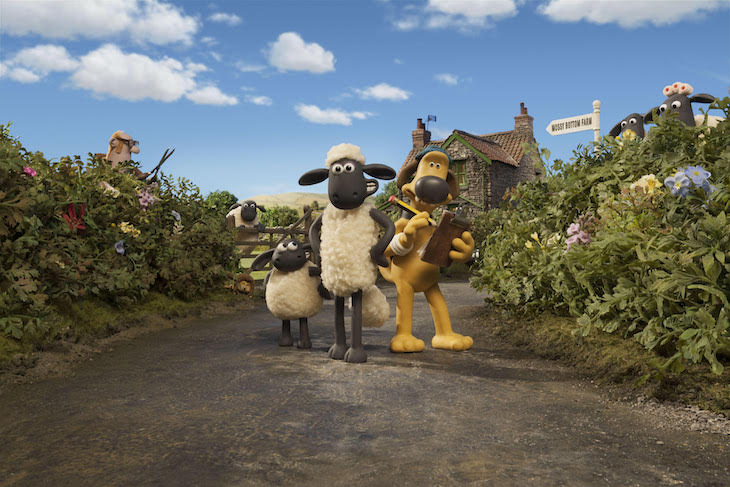 As Australia’s third biggest children’s author, Enid Blyton delights children the world over with her timeless tales and, under Merchantwise Licensing’s leadership in Australia, she will continue to capture the nostalgic hearts of adults and a new generation of children. Celebrating its 75th anniversary this year, Enid Blyton’s series The Famous Five often tops best-seller lists, with other key titles like The Magic Faraway Tree and The Secret Seven making regular appearances as well.

Merchantwise Licensing will work with worldwide rights owner of Enid Blyton Entertainment, Hachette Children’s Group, to secure retail opportunities for the Enid Blyton portfolio. With an extensive publishing portfolio of 800 titles translated into 40 languages, Enid Blyton books have sold over 500 million copies making her one of the bestselling children’s authors in the world.

“Australians can’t get enough of British brands and that includes favourites such as Shaun the Sheep and Enid Blyton. Ten years for a sheep is pretty incredible and is testament to the strength of the Shaun the Sheep brand that Aardman has created, we look forward to celebrating throughout the remainder of the year with the ABC Commercial DVD release. We have some great plans gearing up for the theatrical release of our favourite sheep which will be equally as epic as the adventures he will be undertaking in his second feature film. We are excited to be representing Enid Blyton Entertainment in Australia and are currently working with specialty partners on licensing ranges to complement the already existing adult audience and engage with children new to the series. The size of Enid Blyton’s portfolio presents some incredible retail opportunities for the brand,” said Merchantwise Managing Director, Alan Schauder.

Katie Price, Licensing Director for Hachette Children’s Group comments, “Enid Blyton’s global sales and translation figures demonstrate the very special place she holds both in British culture and around the world and we are thrilled to have Merchantwise on board to extend the brand in Australia and New Zealand.”