“Slime is the ultimate badge of honour for kids and is recognised and loved by Nickelodeon fans of all ages,” said Pam Kaufman, Chief Marketing Officer and President, Nickelodeon Consumer Products. “It represents the playfully disruptive nature of being a kid, and so we are thrilled to expand its presence in the market and enable our fans to experience it in new and unexpected ways.” 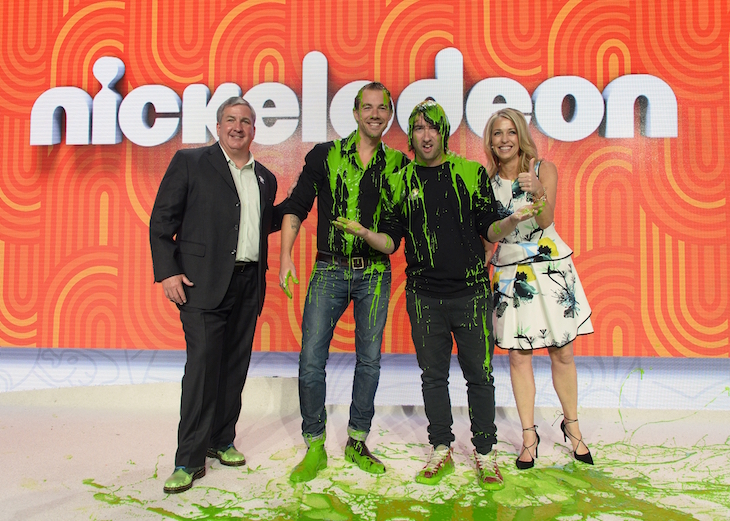 Nickelodeon also announced new season pickups for three of its top-rated animated preschool series, Blaze and the Monster Machines, PAW Patrol and Shimmer and Shine, totalling over 65 episodes. The renewals – for fourth seasons of Blaze and the Monster Machines and PAW Patrol, and a third season of Shimmer and Shine – are part of the network’s biggest pre-school content pipeline ever, with over 10 pre-school shows in production and six new series set to debut though 2018.

The Nickelodeon Presentation at Licensing Expo 2016 in Las Vegas concluded with a live performance of ‘BFF’ from The SpongeBob Musical by Tim G. Lopez and Tom Higgenson of Plain White T’s. They also performed their smash hit “Hey There Delilah” before being slimed by Nick’s iconic green goo.