Dan Amos from Tinderbox Agency speaks on the resilience of the gaming industry and gaming franchises that are dominating the media industry.

Gaming franchises are dominating the media industry. This may sound like a rather bold statement, but when we look at the facts, it is quite clear who the overall winner is in terms of the revenue generated; in its first month, Grand Theft Auto V outsold the entire global music industry1. Gaming franchises are powerful; they shape entire companies, they define strategy and they build communities. Certain videogame franchises are the cornerstone of major consumer electronics companies. Mario Bros is to Nintendo is what Mickey Mouse is to Disney; the character is instantly recognisable, regardless of whether you are a fan or not. Mario defines both what Nintendo produces as far as product, as well as how it positions the company externally.

Let’s take a moment to look at the film industry in comparison to the gaming industry. Over the past several years, Hollywood has produced some tremendous content that has generated some impressive revenue, with Heath Ledger’s incredible performance in The Dark Knight urging cinema goers to rack up ticket sales of $155 million; the groundbreaking cinematic masterpiece Avatar took in $232 million; T-rex fans around the globe swarmed to see Jurassic World, earning $296 million at the box office – all extremely impressive figures that reflect these great films.

Whilst the high revenues generated by video games can be attributed to the cost of the game itself, what isn’t captured is the consumer engagement with its content. Video games often have playable content exceeding 30 hours, compared to a film or television show that might capture a viewer for short periods of time (and maybe not even fully, with users multi-tasking with checking social media, etc). The gaming industry thrives on creating highly engaging content, and the longevity of a gaming series is quite extraordinary, with studios creating content that is playable 365 days of the year3.

Built for high engagement, the content produced by gaming franchises have the ability to build a loyal fan base quickly that can last for decades. Sonic the Hedgehog reached the ripe old age of 25 earlier this year, and the game remains as popular with kids as it does with the adults that began playing it all those years ago, whilst Nintendo continues to reference its past, making consoles like the original NES as familiar to children as it is to their parents4. By creating ever-engaging content, new releases, and utilising the nostalgia of a brand, fan bases have only increased, and it’s this loyalty that the gaming industry thrives upon. 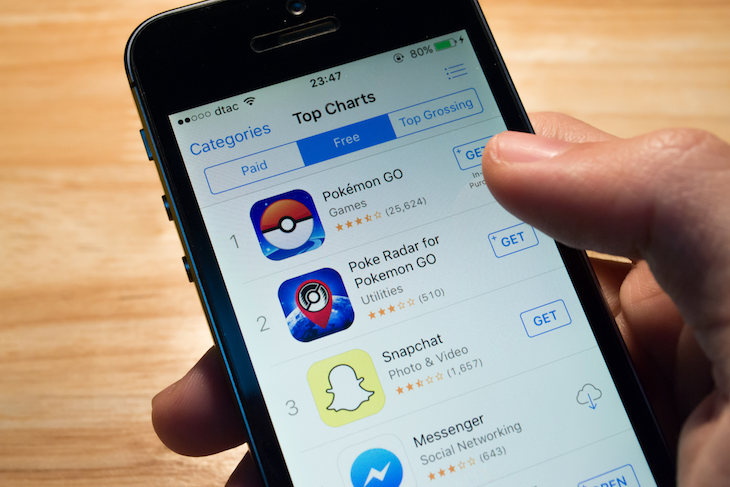 Pokémon represents perhaps a perfect example of how the power of nostalgia can bolster a new release. When Pokémon Go was released earlier this year, gaming communities were ignited with a new love of the classic gaming franchise. The combination of well known and loved game with the technology incorporated into the app, created a situation whereby fans were reawakened to an old favourite, whilst new players were charmed by the game’s unique offering in the form of Augmented Reality. Pokémon was carried straight into the 21st century by technology that was supported by the brand’s history and longevity. The success of the game cements the fact that gaming franchises are dependent on a number of factors: engaging content, a loyal fan base, and technology to keep it relevant. If all of these prerequisites are met, the movie industry has a tough act to follow5.

Despite the fact that the game isn’t actually played on a Nintendo console, Nintendo shares have still skyrocketed since the launch of Pokémon Go5. From this, it’s not hard to see how Pokémon and the rest of the gaming industry can tap into a game’s success to produce products to support the brand and further extend the franchise. A Pokémon Go Wristband to track as you go, a Pokédrone for those hard-to-reach Pokémon and a Pokéball Portable Charger to ensure your battery remains intact, have all been designed since the game’s release, and there have already been some announcements about a pop-up shop in London and a range from Character World6.

Quite clearly, the gaming industry has a huge amount of potential locked up for new products to be developed to support its franchises. Whilst the movie industry is by no means something to talk down in terms of its ability to generate huge amounts of revenue, the gaming world has interrupted its dominance in a big way. Its ability to adapt to changing gamer’s needs and advancements in technology, keeps it a revenue generating, ever-engaging world of truly excellent content. In my opinion, gaming franchises have created the perfect storm of opportunity to introduce new products that will even further cement the fan loyalty that they already enjoy.

For more information, visit www.tboxgency.com or follow us on social media: