The Duchess of Cambridge, The Duke of Cambridge and Prince Harry made a surprise appearance alongside Paddington, Hugh Bonneville and others from the cast of Paddington 2 at an event for children. The children were nominated by Their Royal Highnesses Charities Forum joined the Royal Family on board the Belmond British Pullman train for a journey into the English countryside. 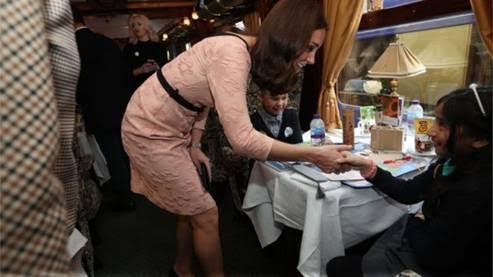 The pregnant Duchess got to dance with Paddington Bear as she surprised children at the charity event at Paddington station. It is her second public appearance since it was announced she was expecting her third child. Princes William and Harry and the cast of the film met children from around a dozen charities supported by the royals. 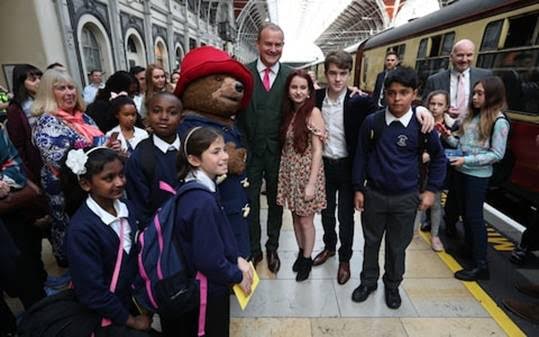 The Duke of Cambridge and Prince Harry founded the Forum in 2006 as a way to bring their individual charitable interests together and to explore how they could best lend their support to them all in an effective and efficient way. Today, there are over 30 organisations involved in the group including The Duchess of Cambridge’s charities. The event was hosted by Studiocanal, with support from BAFTA through its BAFTA Kids programme.