During the recent school holidays, Nickelodeon and Haven Licensing partnered with The Langham Melbourne to provide young fans the first-ever Teenage Mutant Ninja Turtles High Tea menu. 1,900 young fans indulged in the High Tea throughout the 18-day promotional period, with many pint-sized diners coming dressed as their favourite character from the iconic and beloved series.

Among the specially created menu items were Donatello cupcakes, Raphael red-banded brownies, Michelangelo’s favourite food – miniature pepperoni pizzas – and a Leonardo macaroon decorated with his signature blue mask.  Children were also treated to chocolate covered katanas made out of pretzels, a healthy apple and traditional cucumber sandwiches along with a Teenage Mutant Ninja Turtles colouring book and stickers.

“As the first boy-skewed High Tea event to be held at The Langham Melbourne, we are absolutely delighted that attendance far exceeded expectation,” said Yvonne King, Haven Licensing’s Director.  Ms. King added, “Time and time again we see how strongly the Turtles resonate with young fans, and this activation with The Langham demonstrated how a clever and beautifully crafted idea can come to life and be enjoyed by fans and families alike.” 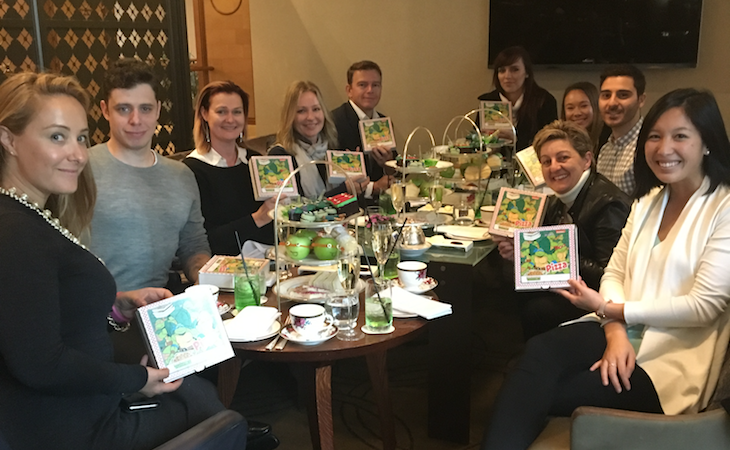 “The Langham Melbourne was delighted to partner with Nickelodeon and Haven Licensing, to present Teenage Mutant Ninja Turtles High Tea,” said Fiona Maurer, Marketing and Events Manager at The Langham Melbourne. “The long awaited boy-themed high tea took six years to come to fruition, and was based on the countless requests we received from parents chanting for a green high tea! While masters of the kiddy high teas in Australia, we were entering slightly unknown territory with this theme and I was overwhelmed with its sell out success.”