The Bugg Report was fortunate to spend some time with Marco Huesges, the Founder and Chief Executive Officer (CEO) of The Emoji Company during his time in Australia recently. Marco is an Entrepreneurial Businessman from Germany and on first impression he is extremely focused and clear on his goals and what he wants to achieve with his exciting new venture; The Emoji Company.

Asking Marco about his background, I was quick to learn that he spent 24 years in the Gaming Industry, where he obtained the licensing rights for properties from Warner Bros. and Universal to publish them. Amongst others, Marco has also worked with key brands such as Tom & Jerry, The Flintstones and Land Before Time. Interestingly, his former company hosted a high profile gaming platform called www.mcgame.com in Germany where the company hosted content from large organisations including Electronic Arts. Television Networks and other media partners heavily supported this venture and the website continues its success to this day. Marco sold the service (www.mcgame.com) in 2014. 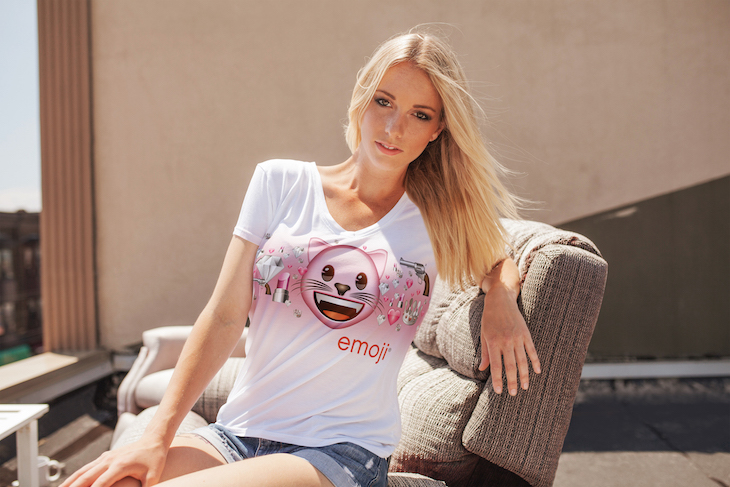 EMOJI FACT: THERE ARE 6 BILLION ICONS SENT EVERY SINGLE DAY

In 2013, Marco made a decision to embark on a long overdue vacation and booked a trip to Croatia. With the knowledge of using icons on his mobile device, he came up with the idea of creating a lifestyle brand featuring the look and feel of Emoji’s on the trip. As these types of “out-of-the-box” ideas develop, this all happened whilst he was relaxing on the beach and the rest is history. The idea was actually born whilst at his friends cafe by the beach; Marco’s friend still wants Marco to pay him royalties to this day!

Upon his return to Germany, Marco filed for trademark for EMOJI and looked into icon designs and surrounding platforms. He spent the next two years consequently preparing his market entry, developing the Emoji brand into what we see today. The result of Marco’s endeavour is a company with more than 3000 high-resolution lifestyle icons for commercial use.

His background has provided an understanding of the licensing business to develop functional style guides, commercial approval processes and protection mechanisms for his brand. After some research, Marco discovered Licensing Expo in Las Vegas and he arranged to exhibit at the show as The Emoji Company last year (2015), after appointing his lead agent in Germany (Bavaria Media). Marco now has 15 agents around the world including Global Merchandise in the UK, Haven Licensing in Australia and Universal Music in Europe. The Company now has more than 110 Licensees globally. As is the case with many Consumer Products programs, Apparel is the lead category for Emoji, with many others emerging including Confectionery, Stationery and Automotive.

In Australia, Haven Licensing have successfully launched the brand with retailers such as Big W, Myer and City Beach. Marco sights the planning process as critical to the success of the business and has 7 staff working in his office in Germany focusing on Approvals, Design and Legal. Increasing his team to 10 staff in the next 6-months is the goal. Marco was keen to make it clear that they operate in the physical world only, there are no Apps and as their motto states; ‘from digital to physical’ is his desire to retain full control over the brand. 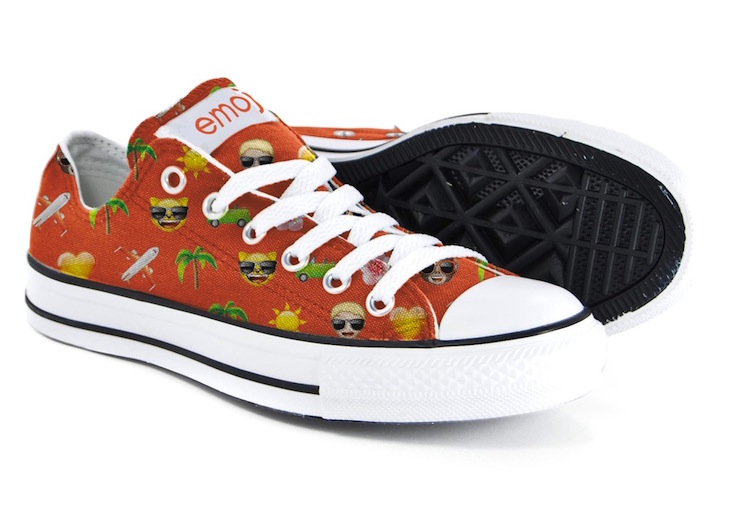 EMOJI FACT: IT IS NOT A TREND IT IS AN EXPRESSION

Asked about the future, there are plans for an Emoji animated series and the company owns an entire brand family including emojiplanet, emojitown and The Emojis. Marco takes the view that with Emoji being a lifestyle brand for all ages it will stand the test of time and will become an evergreen property.

At 45 years of age Marco expects Emoji to outlive him and as products such as the Apple Watch gather momentum in the market so to will the Emoji brand as a way of life. As the Emoji brand develops it is being considered for a number of promotional applications and for Clip Licensing campaigns on a global scale.

Marco exhibited at Licensing Expo in Las Vegas again this year with an expanded booth for The Emoji Company. He used this years event to share the development achieved over the past 12-months and to prove that the Emoji brand is here to stay. Marco also met with agents and partners to plan for the future and begin to build the next phase for the Emoji brand and implement the next steps.

It is worth mentioning that Emoji is a brand to investigate for your licensing program if your category fits the picture, so take the time to speak to Marco and his team at The Emoji Company.