Disney today revealed a new photo series reimagining iconic scenes from Disney Princess movies to celebrate the importance of play and storytelling ahead of New York International Toy Fair. The photos created by lauded toy photographer Brian McCarty recreate pivotal moments from the epic adventures of Merida (Brave), Tiana (The Princess and the Frog) and Rapunzel (Tangled) that have helped spark kids’ imaginations around the world. 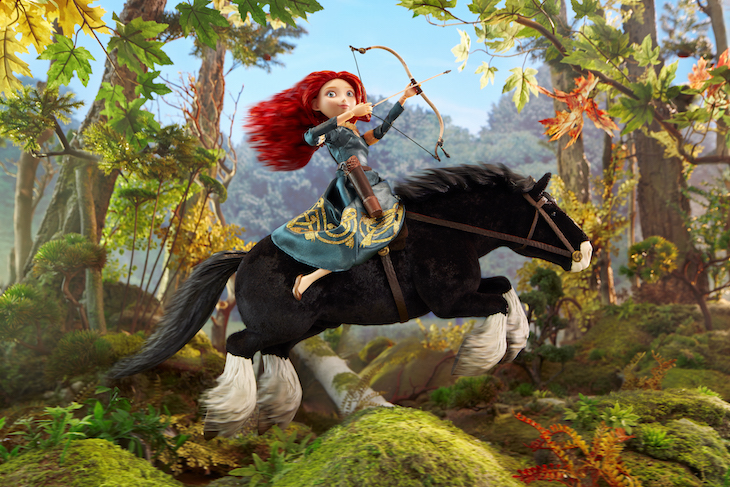 The selection of animated film frames was painstakingly brought to life in exacting detail by a team of set designers using toys, custom-created sets, props and lighting. The photos mirror the film scenes in doll-size detail, from hurtling through a lush forest, to wishing on the night sky, to a boat ride set against a horizon filled with tiny twinkling lanterns. 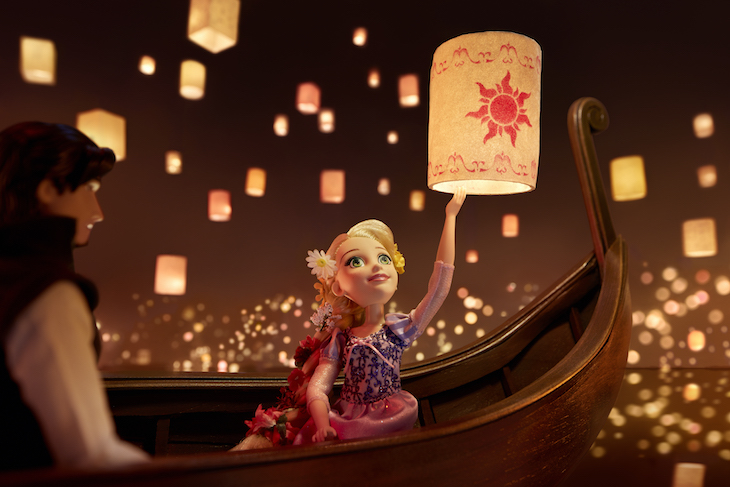 “Disney Princess characters have been cherished for generations. Their incredible stories and unique qualities, whether it’s Merida’s bravery, Tiana’s determination, or Rapunzel’s courage have always resonated with people all over the world.” said Leslie Ferraro, Co- Chair Disney Consumer Products and Interactive Media, and President, Disney Consumer Products. “Toys play a key role in extending these stories and sparking kids’ imaginations, and this photo series celebrates the importance of play, creativity and great storytelling.”

McCarty and team recreated three celebrated scenes through one-of-a-kind doll-size environments. Standing in for the animated heroines are Disney Princess dolls from Hasbro, Inc. (Rapunzel and Tiana) and Disney Store (Merida, Flynn), styled to appear just as they did on screen. 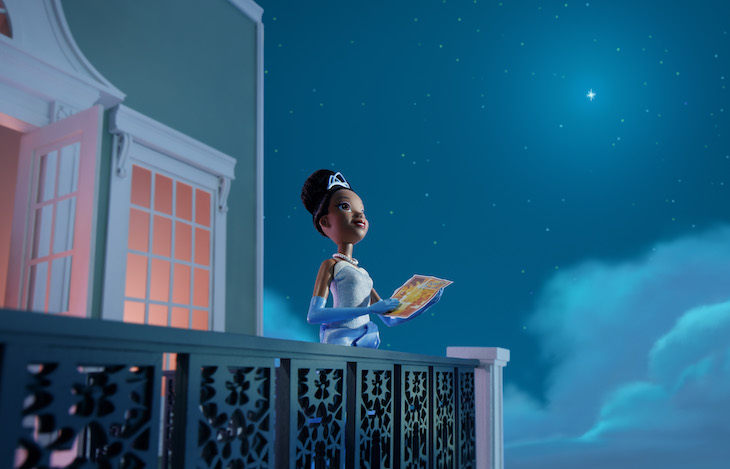 “The Disney princess characters inspire children to consider new possibilities. The photography seeks to capture some of that imagined world, in between the movies and the play room, to inspire fans everywhere,” said toy photographer, Brian McCarty. “I felt a tremendous responsibility in capturing these important moments in the characters’ stories. These moments, even in doll size, make a big impression and carry so much meaning for people all around the world.”

The Walt Disney Company is celebrating all of the Disney Princess characters with the launch of “Dream Big, Princess” this month, which puts their stories front and center and celebrates the amazing qualities each character possesses to encourage kids to reach for their dreams.

Watch the new “Be a Champion” video below