Whilst over in the US for the recent Licensing Expo in Las Vegas, The Bugg Report team visited a number of US retail outlets and below are some of the key observations.

US retailers still lead the way with exciting and captivating retail in-store executions to drive product sales. With the expansion of online retail, this focus on world class in-store execution, as seen in Wal-Mart stores, will undoubtedly help to keep customers engaged and coming back into stores week on week. 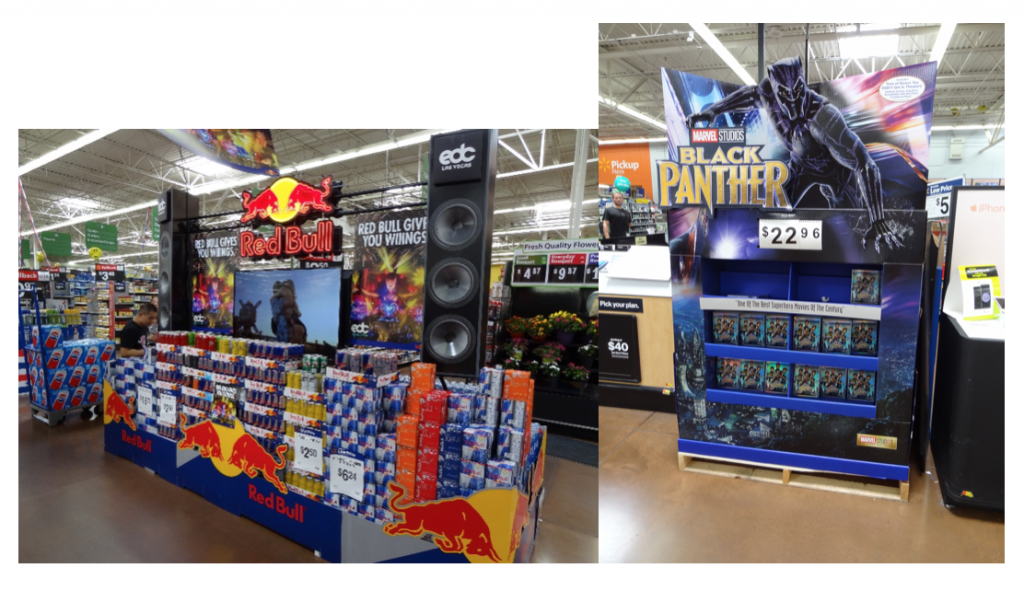 As seen in mid 2017 with Peanuts, Target US has continued their strategy of supporting a key license franchise across multiple departments for Summer. In 2018, Mickey and Minnie is the focus with product seen across apparel, home-wares and outdoor for children, women and men. 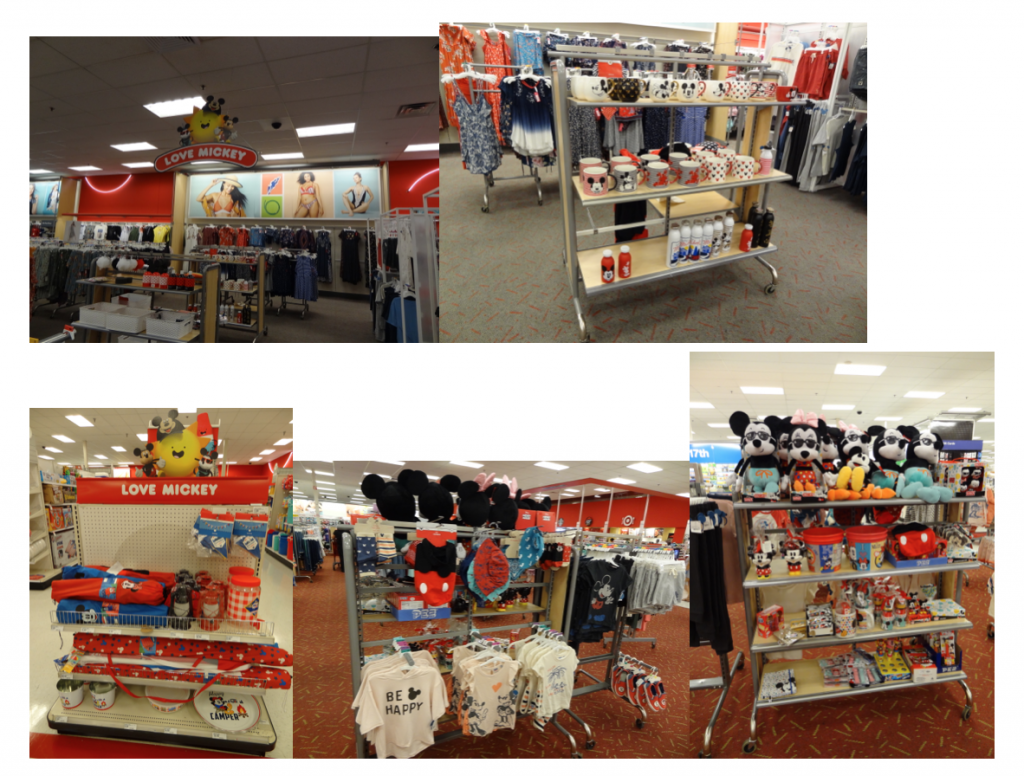 It’s no great surprise, but it was noticeable through the aisles of the key toy outlets in the US that girl’s collectables are a key sales focus with multiple Free Standing Display Unit and end caps on display. Some of the key properties represented include; Shopkins, Fur Baby World (Bush Baby World in Australia), Smooshy Mushy, Hatchimals, L.O.L Surprise!, Num Noms, Fingerlings, Cutie Cars and even a new collectable called Poopeez!

Within the food and beverage aisles in US stores, brand product extensions utilising FMCG and QSR properties continue to expand. Such brand extensions include ranges for Starbucks, Dunkin Donuts, TGI Fridays and more recently, McCafe. 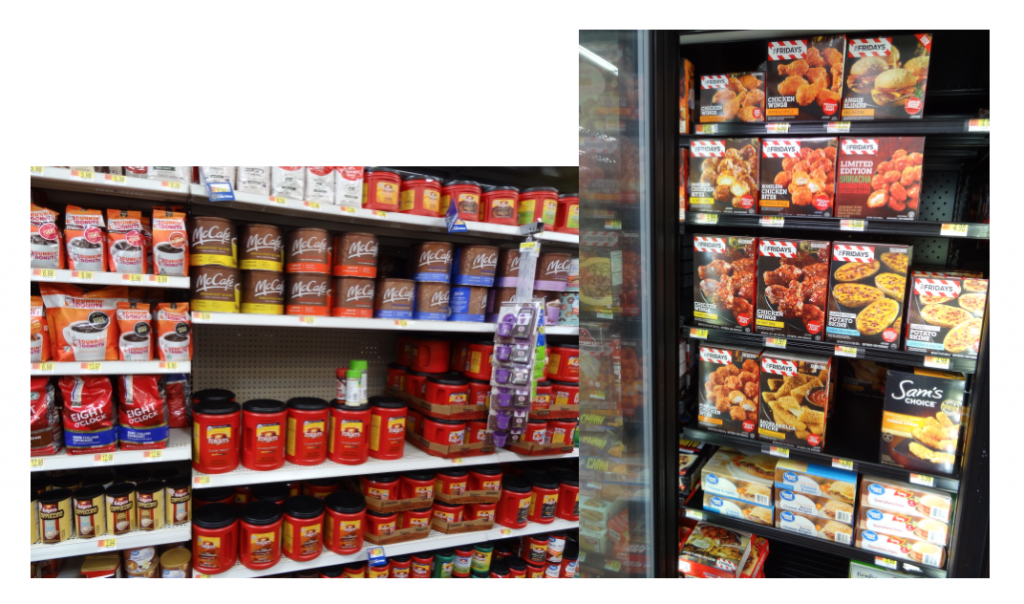 With the key Summer movie period upcoming in the US, key movie franchises such as Jurassic World 2 and Solo had solid presence across key FMCG products including Kelloggs and Doritos (as also seen in Australia), whilst Solo branded plastic cups has cleverly tied up with the latest Star Wars movie release. 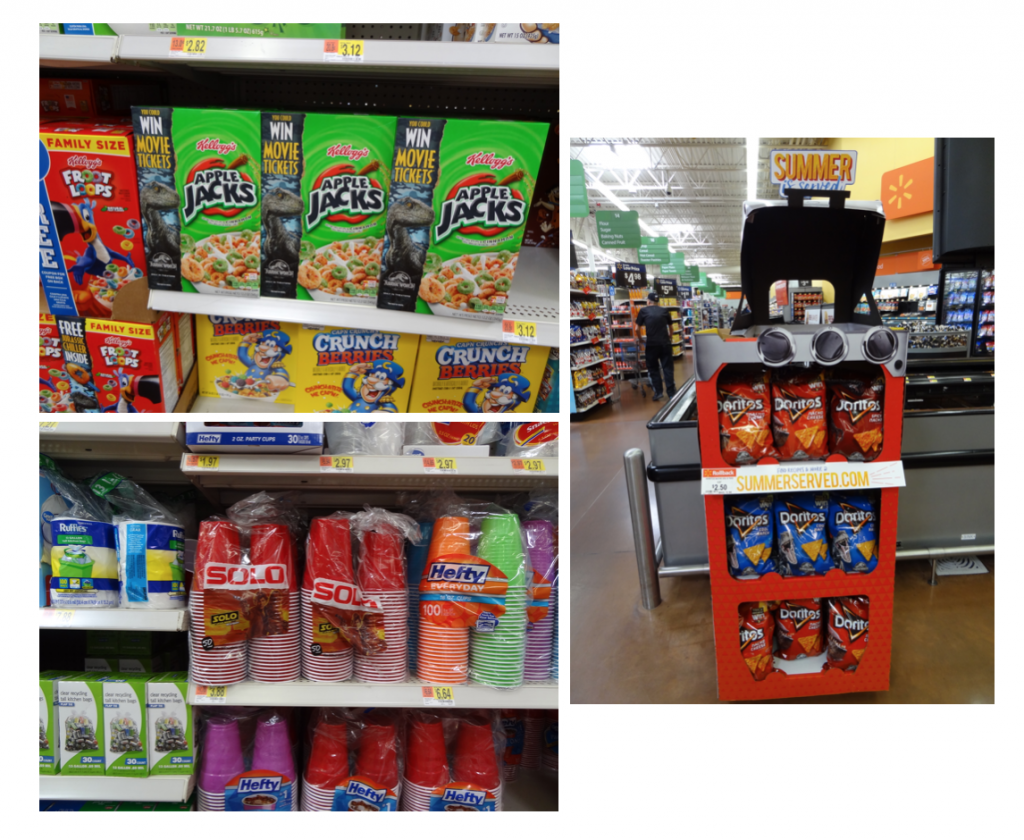 Throughout different locations, bricks and mortar retailers appear to be offering more localised product and related promotions. As shown earlier, Red Bull took the opportunity to promote the local Las Vegas EDC Festival and below are examples of Wal-Mart speaking directly to their Nevada customer base and Macy’s bringing NHL product together for the Las Vegas Golden Knights Stanley Cup campaign. 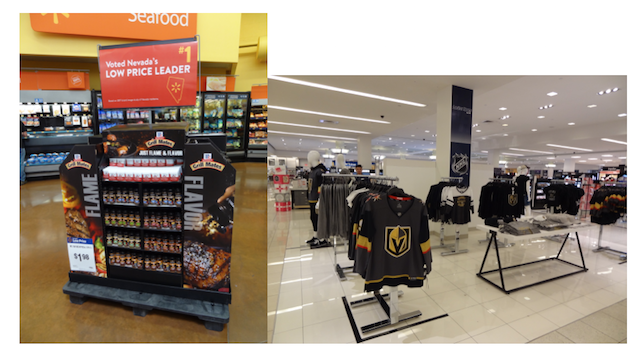 What were some of your retail observations, we’d love to hear from you?