Universal Brand Development Introduces New Local Team, along with Key Properties and Franchises for 2018 and beyond at The Australian Key Partner Summits.

Jeff Daggett, Vice President of Consumer Products, Asia Pacific of Universal Brand Development said, “In these last two amazing years, we’ve grown from a small licensing group, to a global brand division; turbo charged by our products, marketing and experiences that reach consumers around the world through every medium possible. And like never before, we’re demonstrating global perspective in our business models – such as our recent opening of 13 Universal Brand Development offices around the world, including here in Australia and New Zealand.” Daggett added, “We’ve shifted our approach from launching hit event films, to actively building and managing global brands with day-in and day-out engagement, through the widest array of consumer touch points. DreamWorks Trolls is a great example of this shift in thinking and action.”

Jo Pascoe, Country Director of Consumer Products, Australia and New Zealand of Universal Brand Development was thrilled to introduce her new team. Pascoe said, “To drive growth, we need to be locally relevant, remove complexity and add clarity, invest in specialisation and create a culture that is different and uniquely Universal. We will strive to be locally relevant and provide strategic clarity by having a locally led team headed up by myself, supported by Chrystal Remington. Cassandra Chan will lead our Franchise and Retail Marketing strategy. On the category side, Lisa Williams will lead our entire category management, supported by Kate Gardam. We are also yet to appoint a Creative & Product Development lead.” Centa IP will continue to support the Dreamworks portfolio. 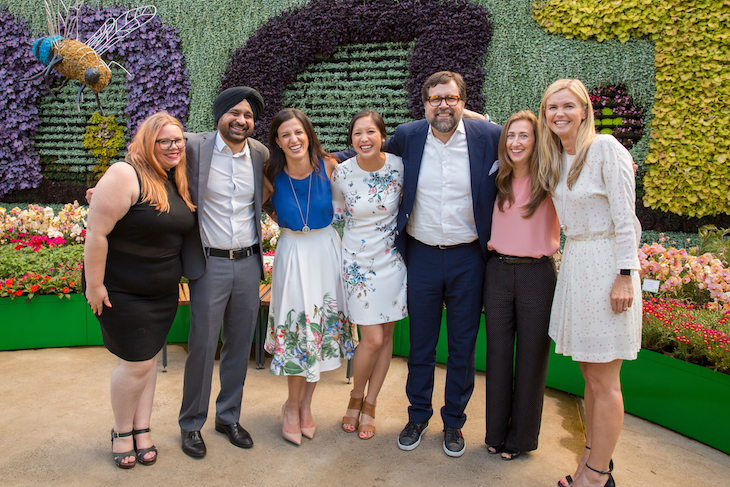 Scheduled for Australian release 21 June 2018, executive producers Steven Spielberg and Colin Trevorrow and stars Chris Pratt and Bryce Dallas Howard return for Universal Pictures and Amblin Entertainment’s Jurassic World: Fallen Kingdom, the follow-up to one of the biggest blockbusters in the history of cinema. Key toy partners Mattel and LEGO, plus many more across a variety of categories, will showcase the strength of the franchise at retail. In what is truly the year of the Jurassic Dinosaur, 2018 will also see the 25th anniversary of the first film, Jurassic Park. Fans can look forward to exclusive content on social media channels and JurassicWorld.com, plus unique product collaborations celebrating the 25 years of this iconic movie franchise.

The Fate of the Furious, the eighth chapter in one of the most popular and enduring motion-picture series of all time, set new box office records this past year, reaching more than $1 billion globally and is currently the biggest grossing movie of 2017 at the international box office. Universal will continue to demonstrate the evergreen potential of this brand, so beloved by boys, men, women and gear heads alike, with the launch of a Fast & Furious spin off film in July 2019 before the highly anticipated ninth chapter in the Fast & Furious saga in April 2020.

Illumination and Universal’s Despicable Me franchise continues to set new records and was recently crowned the highest grossing animated film franchise of all-time. A local always-on strategy will continue to drive Minion Madness from 2018 and beyond – leading into Minions 2, in cinemas 2020. Also from the creative team at Illumination in collaboration with Universal Pictures comes a newly imagined version of Dr. Seuss’ The Grinch, starring Benedict Cumberbatch in the title role of The Grinch, which is set for Australian release 28 November 2018.

Following the global box-office success of DreamWorks Trolls, an all-new feature film is set to debut in 2020, and throughout 2017-2019, a variety of new content is set to release across multiple media platforms, including a Trolls Holiday Special premiering on Channel Nine Saturday 9 and Sunday 24 December at 7pm in 2017, followed by a brand new television series Trolls: The Beat Goes On from January on Netflix. Promising more hair, more music and more characters to engage fans, Universal, in collaboration with master toy partner Hasbro, will continue to expand the breadth and scope of its consumer products program. Also, from DreamWorks Animation, How to Train Your Dragon 3, the much-anticipated continuation of one of the most beloved animated film franchises in history, makes its theatrical debut in March 2019. Showing no signs of stopping, fanship around the How To Train Your Dragon IP continues to climb. A strategic partnership with ABC ME will see the debut of Dragons: Race to the Edge, Seasons 1 and 2 in January and February 2018.

Finally, from the DreamWorks Animation Television portfolio, Universal will showcase a programming line-up that offers something for everyone. Coming to Free-to-air in Australia, ABC ME will launch the highly acclaimed Television series: DreamWorks Voltron Legendary Defender in January 2018. DreamWorks Spirit Riding Free, an original series based on the 2002 Oscar®-nominated film, Spirit: Stallion of the Cimarron will have new seasons on Netflix.