I recently had the chance to speak to World Wrestling Entertainment (WWE) Superstar Sheamus during his recent WWE LIVE™ promotional trip to Australia in June. Speaking to Sheamus it was clear that the WWE has transitioned from purely a wrestling show (the Attitude Era for example) to a global machine for family focused entertainment in the form of wrestling. The World Wrestling Federation (WWF) that wrestling fans used to know is now the WWE and the Global Tours and Superstar appearances have become a really important spoke on the wheel for the company. 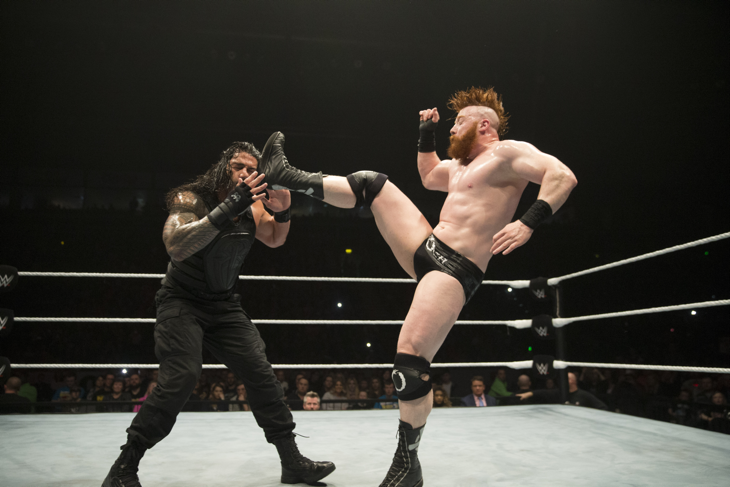 The WWE LIVE™ Tour will again return to Australia this August and John Cena will be a part of the show this year, much to the delight of WWE fans. Speaking to Sheamus about his time in the WWE, he still feels that developing his character is one of his favourite parts of the job. He debuted in the WWE in 2006 and signed his first contract on the back of being pedigreed by HHH when appearing as a security guard on an episode of Raw in Manchester. These days he is just as appreciative of the support and crowd reaction that he and the WWE receives with huge crowds at their events and the pinnacle being WrestleMania.

Sheamus has gone on to become one of the most consistent and popular superstars in the WWE, only missing time in 2013 due to an injury to his shoulder and a second injury in 2014. He noted that he was quick to return to the ring the first time, which was a 6-month injury where he returned to wrestling after three months. He decided to take longer the second time around to enjoy the break and refresh his body and mind before again returning to the ring in 2015, changing his characters look. On the back of his time off with his injuries, he was quick to advise Seth Rollins (who injured his knee in November last year) that he would get out of his recovery what he put into it. Rollins has now returned to the ring, having taken the time to rehab his knee in the proper fashion, and is again one of the most popular superstars on the roster and again in the hunt for the WWE World Heavyweight Championship. 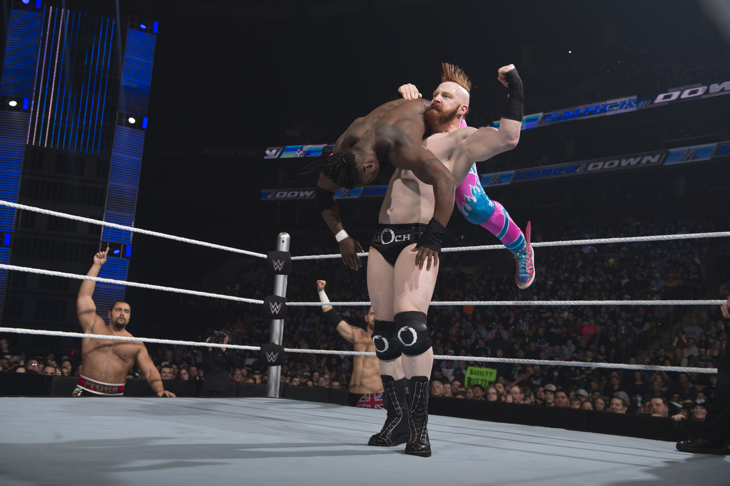 The shift in the company towards family friendly entertainment is obviously very demanding on the superstars working five days a week and performing at up to 280 shows a year. Sheamus is quick to note that he loves what he does and it is just part of the job (he has a home in Ireland that he now rents out because he is rarely ever home) and now lives in Tampa. This shift has also meant that opportunities arise in new areas for WWE superstars and Sheamus was able to put his knowledge and skills from the ring into action in the recently released Teenage Mutant Ninja Turtles: Out of the Shadows movie, where he played Rocksteady. He very much enjoyed the opportunity and would like to again appear in more movies if the opportunities arise in the future, maybe on an annual basis to allow him to be “fresh” when he appears in the WWE as Sheamus and help him prolong his “in-ring” career.

The WWE Live™ Tour will be in Australia this August on the 11th, 12th and 13th of August in Melbourne, Adelaide and Sydney respectively. Sheamus is ultimately looking forward to performing at the tour and having the chance to experience the cities he visits whilst he is down-under and meet the Australian WWE fans of all ages.